Released through Daywind Music Group, the album was produced by Jay DeMarcus (Rascal Flatts) and features guest vocalists Gary LeVox (Rascal Flatts) and Kaya Jones. Upon its 2018 release, it quickly garnered widespread acclaim, with USA Today calling it one of ‘Nashville’s Top Albums of 2018.’ It also earned a Dove Award in October 2018 for “Washed By The Water,” written by Crabb, Dave Barnes, and Jordan Reynolds. 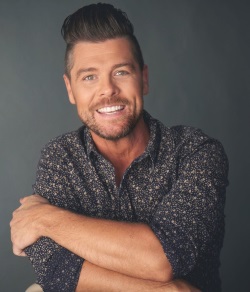 Jason’s wife Shellye and their daughters, Ashleigh and Emmaleigh, attended the GRAMMY® awards ceremony with the Kentucky-born artist. When asked how he was feeling by an interviewer on the red carpet, Jason responded, “Oh, my goodness! I’m so excited. I mean, I’m from Beaver Dam, Kentucky—you know what I’m saying? This is a big deal. But we are so blessed and so excited to be here. I’ve got a great team, and I love my people and want to make sure that I give them the credit that they deserve. I’m just a small piece of this—it takes an army. But I’m just thankful that I get to do what I love to do, and I’m thankful for my team and my family.”

After learning he had won, Jason expressed his gratitude to his fans and others who have supported him in a Facebook Live video. “I just want to say thanks to everybody. Thanks to all you pastors … thanks to everybody who has helped us through the years and that worked on this record. I’m thankful my family got to come with me. Thank you for praying for us and encouraging us. God is so good. We love y’all, and God bless you.”