Nashville, TN (March 15, 2019) — Great things are happening for The Williamsons. They were honored to be the December cover of Singing News, received their second No. 1 song in March, and were invited to perform a featured set at The National Quartet Convention and several more national events in 2019. God has truly been blessing this ministry!

Yet blessings are often accompanied by change. The Williamsons are sad to announce the departure of longtime lead singer Karl Rice. His mother has been in ill health for quite some time, and it has only gotten worse.

Karl says, “I have never been a part of a more loving, incredible group of people than the Williamsons. With the failing health of my mother, grandfather, and other close family members, I realized something. I have only seen my family once or twice a year for the last 18 years. With the uncertainty of what time is left, it is with a grateful heart that I return to my roots in South Carolina. After what has felt like a lifetime of prayer, God has answered us and directed my wife and I to South Carolina. While family was one of the catalysts in our decision, the Lord’s calling was the main heart-changing factor. I will continue to serve the Lord at our new local church. When God calls us to change, He gives us a heart for it. And boy, has He ever given me a double dose! Yes, I will still be singing. Yes, I will still be preaching. And yes, I will miss each one of them dearly, and I could not have asked for a better family outside of my own. Please continue your support for the Williamsons. They will continue to do greater and BIGGER things for the Lord!” 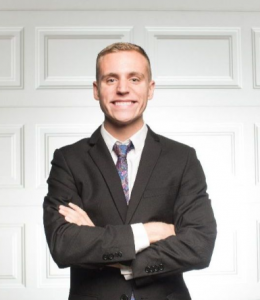 Donnie Williamson comments, “Although we’ve known since the first of the year, Karl blessed us by staying and helping Bo during this time of transition. That’s the kind of guy Karl is!”

While Karl will be sorely missed, Lisa Williamson’s younger brother, Bo Chesser, will step in to fill the lead position. He has been traveling with The Williamsons since graduating from East Central University in Ada, Oklahoma, this past May with a degree in music.

Bo has already captured the hearts of audiences around the country with his singing and playing. He says, “It’s been a dream of mine to do exactly what I’m doing, and it’s an added blessing to do this with my family!”

The Williamsons’ manager, Les Butler, says, “In the past few weeks, the Williamsons have been giving Bo more stage time. We’ve received calls and emails from across the country about how Bo’s testimony and talent has been such a blessing.”

The Williamsons have a few select dates available for 2019 and are scheduling for 2020.