Franklin, TN (June 8, 2020)
Steve Hess & Southern Salvation will be featured on the syndicated radio program, The Gospel Greats with Paul Heil, on Father’s Day Weekend (June 20-21). The program will feature interview segments discussing the release of the group’s new album, Three Beating Hearts, including featuring songs from the album and discussing the group’s mission and activities as the resident artist at The Ark Encounter.

The Gospel Greats with Paul Heil program has been heard for more than four decades. The announcement of the radio feature on coincides with the reopening of The Ark Encounter this week (June 8) which also means Steve Hess & Southern Salvation will resume their concerts in The Answers Center Theater. 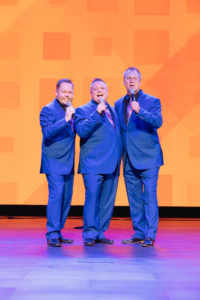