Ray Flynn, Sea Walker Media Corporation President, states: ”Danny Jones and Rick Francis have a long-standing passion for Singing News and the Gospel music industry. We are honored to have them continue with Singing News in these leadership roles. We ask everyone to join us in congratulating these gentlemen in their well-deserved promotions.”

Scott Godsey, Sea Walker Media Corporation CEO, states: “Danny Jones and Rick Francis are the backbone and heartbeat of Singing News. Their new positions and responsibilities completely align with their strengths. We consider it an honor for them to carry the brand under Sea Walker Media ownership. We hope everyone will extend their gratitude to these gentlemen for the countless hours and the passion they have poured into our genre of musiAs a part of the Gospel music world for more than four decades, Danny Jones’ excellence, integrity, and love for Gospel music has endeared him to industry insiders and fans alike. Jones has spent more than 25 years with Singing News. In addition to his podcast, Danny’s Diary, Danny has written five Southern Gospel-themed books which are available in several formats. He is also the host of The Sunday Evening Show on the Singing News Radio Network, a show that has been airing for more than five years, as well as hosting the TV show, “Gospel Music USA”, alongside Mike LeFevre and Karen Peck Gooch. The show is broadcast nationwide on several cable networks and Christian television syndication outlets. Additionally, Danny has previously served as the Executive Director of The Southern Gospel Music Association, and recently finished a five-year tenure on The Gospel Music Association’s Hall of Fame selection committee. Danny has been married to Christina for more than 33 years and they have one son, Gregory, who resides in Boston, MA. 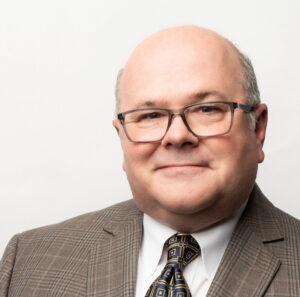 “For the past 26 years, I’ve been blessed to have worked with many incredible writers, designers, and all the others who play a supporting role in the production of Singing News. Likewise, I’ve been honored to assist a broadcasting team to foster growth of the Singing News Radio Network as it expands on both traditional radio stations and an app that seems to know any limitations. These two entities, and the numerous elements that fall within the span of their umbrella, are now entering what many feel will be the most exciting and promising time of the brand’s five-decade existence. I’m truly humbled to share this experience with a tremendous team of professionals and I’m grateful to Ray, Scott, and the entire Sea Walker Media team for their love for our music and this opportunity.” —Danny Jones

Rick Francis began his career in music at the age of 20, touring professionally with The Mid South Boys, Naomi & The Segos, and The McKameys. Previously, he worked for The Gospel Voice magazine, a sister publication of Music City News (a Country music magazine) and in 2001 returned to the road, becoming a member of Grand Ole Opry and Country Music Hall of Fame member Jean Shepard’s band for the last 15 years of her life. Rick has made hundreds of appearances at The Grand Ole Opry, and his television appearances include CMT’s Grand Ole Opry LIVE, GAC’s Opry Live as well as The Nashville Network’s Gospel Jubilee. After being a contributing writer for Singing News for several years, Rick was hired full-time as Project Director in 2010. Within a few years, he was promoted to Associate Publisher of Singing News. Rick, his wife Debbie, and son, Logan, reside in White House, Tennessee, a small community north of Nashville.

“I am excited about the future of Singing News. Though our platform is expanding, the content will continue to focus on current Southern Gospel artists, music, and events. Danny Jones and I will continue to work together to honor our music’s rich history, while also introducing fans to new and rising artists, songs, songwriters, and musicians.” —Rick Francis

In April, it was announced that Sea Walker Media Corporation had acquired Singing News magazine and Singing News Radio from Salem Media. That press release may be viewed here.

ABOUT SEA WALKER MEDIA CORPORATION:
Sea Walker Media Corporation headquarters are based in Gallatin, TN just minutes from Nashville and is led by President, Ray Flynn, and Chief Executive Officer, Scott Godsey. Ray Flynn, who is also the President & CEO of Abraham Productions, Inc. and Scott Godsey, who is also the President of Godsey Media Management are both extremely successful business leaders in the Gospel Music industry. With experience in promotion, marketing, production, media and a deliberate purpose to see the Gospel advance, SEA WALKER MEDIA CORPORATION will be a catalyst for strategic growth for the Singing News Magazine and Singing News Radio Network.