Over the past few weeks, Douglas noticed tightness in his chest, shortness of breath, and lightheadedness during times of exertion. Thinking it was just a blood pressure issue, he scheduled an appointment with a primary care physician. This led to an appointment with a cardiologist, and because of his family history, he had a series of tests that showed a hereditary cardiovascular disease with the need of bypass surgery.

The surgery was scheduled for today, Valentine’s Day, at 6:45 a.m. As of 11:30 a.m., Doug was out of surgery and the doctors said everything went great. As Doug would say, “Love y’all! And we covet your prayers at this time.” Please be in prayer for Doug, Andrea, and their family in the weeks of recovery that will follow.

The Old Paths will continue their full-time schedule with Jeremy Chupp filling in at baritone. Many fans will remember him running sound and playing drums for The Old Paths’ ministry through the years.

Lead singer Tim Rackley says, “Thank you all for your support during this time, and we can’t wait to have Doug back on the road with us!” 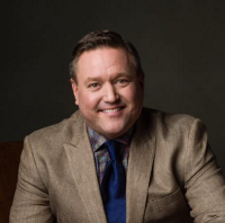 Jeff and Ed Harper of The Harper Agency, which books The Old Paths, said they’re also looking forward to Doug returning after his recovery. “Ed and myself were quite surprised to hear the news about Doug, and we are so pleased that all the prayers were answered!” says Jeff. “We all know this is not what Doug had on his bucket list. We will continue to keep Doug and all his family in our prayers, knowing he will be back on the road as soon as he can after doctors release him after recovery. In the meantime, please go out and support The Old Paths as they continue to travel. This is what Doug would want during his recovery, and he will see you on the next run through.”

If you would like to send personal messages to Doug and Andrea, email [email protected] We will keep everyone updated on Doug’s condition.

UPDATE: On Tuesday, Feb. 19, The Old Paths posted this on Facebook:

“Doug and Andrea thank you all so much for the prayers and encouragement over the last several days. You have no idea how much it has meant! Doug is home now and resting. The doctors are amazed at his progress so far and how well he’s doing. We are so thankful to God for that! He is feeling good so far, but just trying to take it easy, rest and get back to his normal self! Please continue to pray for Doug as he continues to recover and Andrea as she cares for him. Thank you again so much for all the prayers, calls, messages and support.”