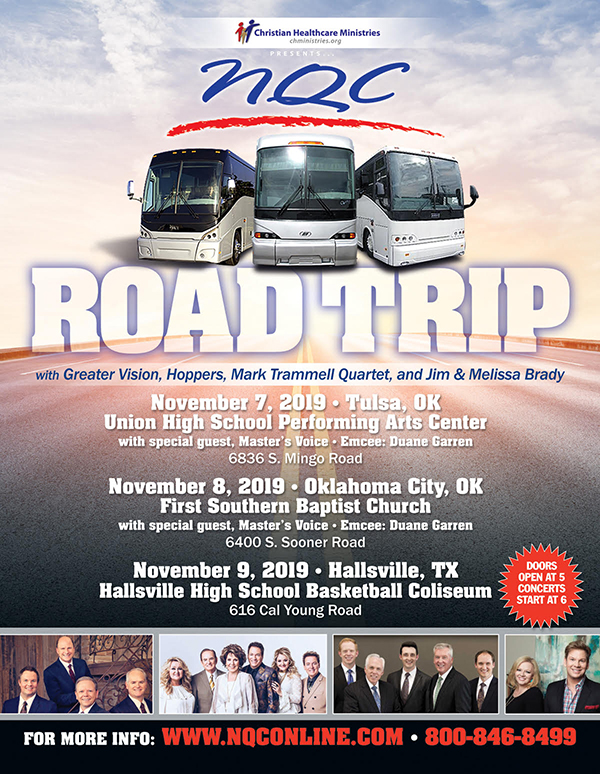 NQC Executive Vice President Clarke Beasley states, “We have recognized these particular cities and surrounding areas as underserved by concerts and artist appearances, though there are many fans of our music in and around these cities. Therefore, we created the NQC Road Trip tour in order to bring top tier talent to these markets.”

Appearing at these dates will be the Hoppers, Greater Vision, the Mark Trammell Quartet and Jim & Melissa Brady. The Tulsa and Oklahoma City concert will also include Master’s Voice and will be emceed by veteran promoter and emcee, Duane Garren.

Clarke Beasley also stated that this tour series is something that can be very portable, and NQC will be exploring other locations in the future. Tickets for NQC Road Trip are on sale now at www.NQConline.com.

NQC – the National Quartet Convention – was founded in 1957 by gospel music legend and former backup vocalist for Elvis Presley, J.D. Sumner who co-produced the event with James Blackwood. The annual convention was moved in later years to Nashville, TN and then to Louisville, KY where it was held for 20 years.