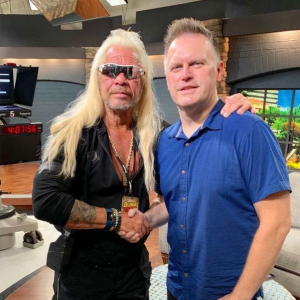 Nashville, TN (August 26, 2019) — StowTown Records co-founder, renowned producer and award-winning songwriter Wayne Haun had a full-circle moment on Friday, August 23, when he returned to his hometown of Knoxville, Tennessee, to be a featured guest on Knoxville’s NBC affiliate, WBIR.

Haun appeared on “Live at Five at Four,” an afternoon news program co-hosted by Russell Bivens and Beth Haynes, which features human interest stories and events happening in the greater Knoxville area. The duo interviewed Haun about his unprecedented 10 Gospel Music Association Dove Award nominations and highlighted him as having the most nominations across all genres of Christian Music. 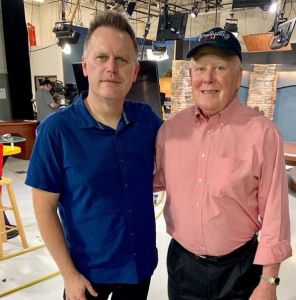 When asked how it felt to be featured as a hometown success story, Haun shared, “Some of my favorite memories growing up were made while sitting with my grandparents watching the 6 o’clock (and sometimes 11 o’clock) news on WBIR. I wish Papaw and Mamaw Haun could have tuned in today. Getting to go back to my hometown and celebrate the Dove nominations with a few old friends, as well as some new ones, was really fun!”

The new friends Haun referred to were his  fellow guests on the show, Duane “Dog the Bounty Hunter” Chapman and John Joslyn, owner of the Titanic Museums in Pigeon Forge, Tennessee, and Branson, Missouri. Both gentlemen congratulated Haun on his award nominations.

The 50th GMA Dove Awards show will take place on October 15, 2019, in Nashville, TN, at Lipscomb University’s Allen Arena. The show will be filmed and will air on Trinity Broadcasting Network on October 20.