Culleoka, TN (April 22, 2019) — Following the recent departures of tenor Josh Feemster and longtime baritone Scott Howard, fans of Daywind artists Legacy Five have been wondering who the new vocalists will be. The award-winning group has finally revealed the identities of its two newest members with the following announcement: 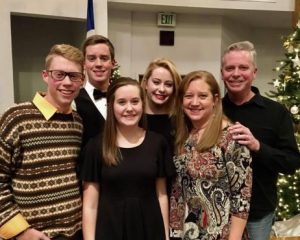 Lee Black has come on board as our new tenor vocalist. Lee is 51 years old and is one of Gospel music’s most prolific songwriters. Lee has received numerous BMI awards, a Dove Award, and a Singing News Fan Award for his songwriting accomplishments. Lee boasts the distinction of writing the SN song of the year for “Amazing God,” recorded by Triumphant Quartet, and has enjoyed nine Singing News No. 1 songs.

Some of Lee’s best-known songs are “I Want To Be That Man” by Brian Free and Assurance, “Amazing God” and “Thankful, So Thankful” by Triumphant, “Rolled Back Stone” by Greater Vision, “Battle Cry” by the Kingsmen, “When The Prodigal Comes Home” by Tribute, “The People In The Line” by The Talleys, “Hope For All Nations” by Karen Peck and New River, “If Church Pews Could Shout” by Gold City, and “In the Hands of a Carpenter,” “Still,” “Soul Pilot,” and others, recorded by Legacy Five. 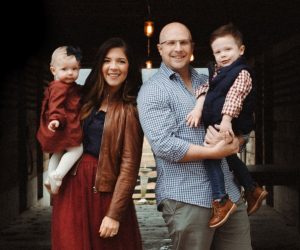 Bryan Walker is our new baritone vocalist. Bryan was featured on American Idol in 2009 and was known as the “singing policeman,” making it to the final day of Hollywood week and placing in the top 50 that year. But most of you will remember Bryan for the four years he traveled with The Perrys, from 2010-2014, where he was known for his a cappella rendition of “Great is Thy Faithfulness.” For the past five years, Bryan has enjoyed working as a DJ in Christian radio as well as the worship pastor of Cumberland Fellowship in Crossville, Tennessee.  Bryan and his wife Bethany have been married for almost six years and they have two children, Bingham (2) and Bayla (1).