During this visit, KPNR and The Isaacs were able to visit an Israeli orphanage where they handed out donated toys and gifts. The groups also performed a special concert for survivors of the Holocaust and presented each of the attendees with a gift card. A few Israeli soldiers joined them for this amazing event.

They also visited Bethlehem, where they were able to sing Christmas carols in Shepherds’ Field, a church which overlooks the ancient city. As they did on their last trip, they were thrilled to be able to sing their most popular song, “Four Days Late,” at Lazarus’ tomb.

Karen Peck Gooch says, “Words cannot express how blessed we were in Israel! Being there for a second time made it even better. Being in the places where Jesus lived and taught makes everything that we do so much more poignant. We were baptized in the Jordan River, prayed in the Garden Of Gethsemane, toured the tunnels under old Jerusalem, sang on top of Mount Carmel and Mount Of Olives, and saw the synagogue in Magdala where Jesus taught. Most of all, we visited the Garden Tomb where Jesus was buried and resurrected! We didn’t have to go Israel to believe it, but … Jesus was not in that Tomb! I’m so thankful to serve a Risen Savior!” 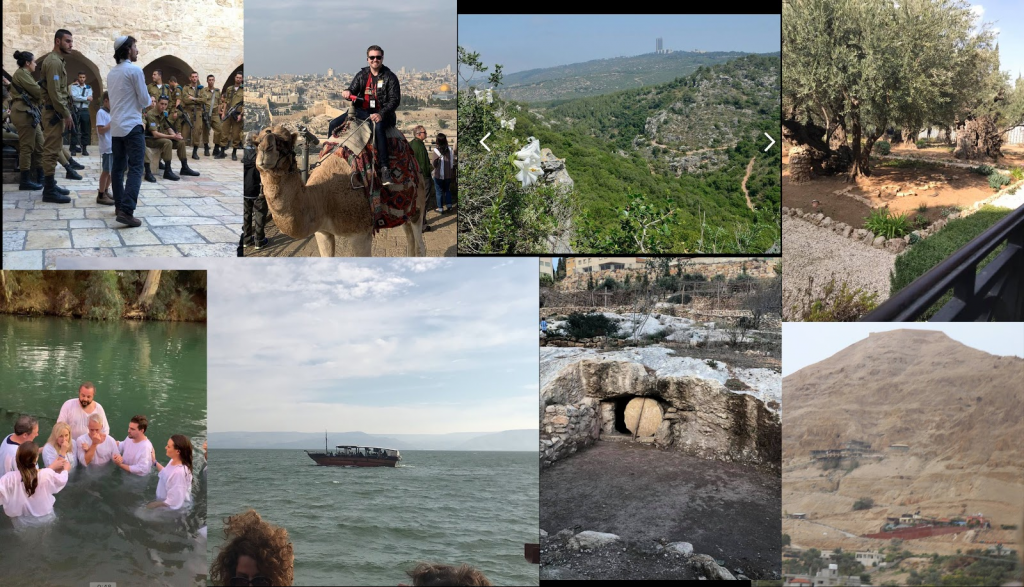