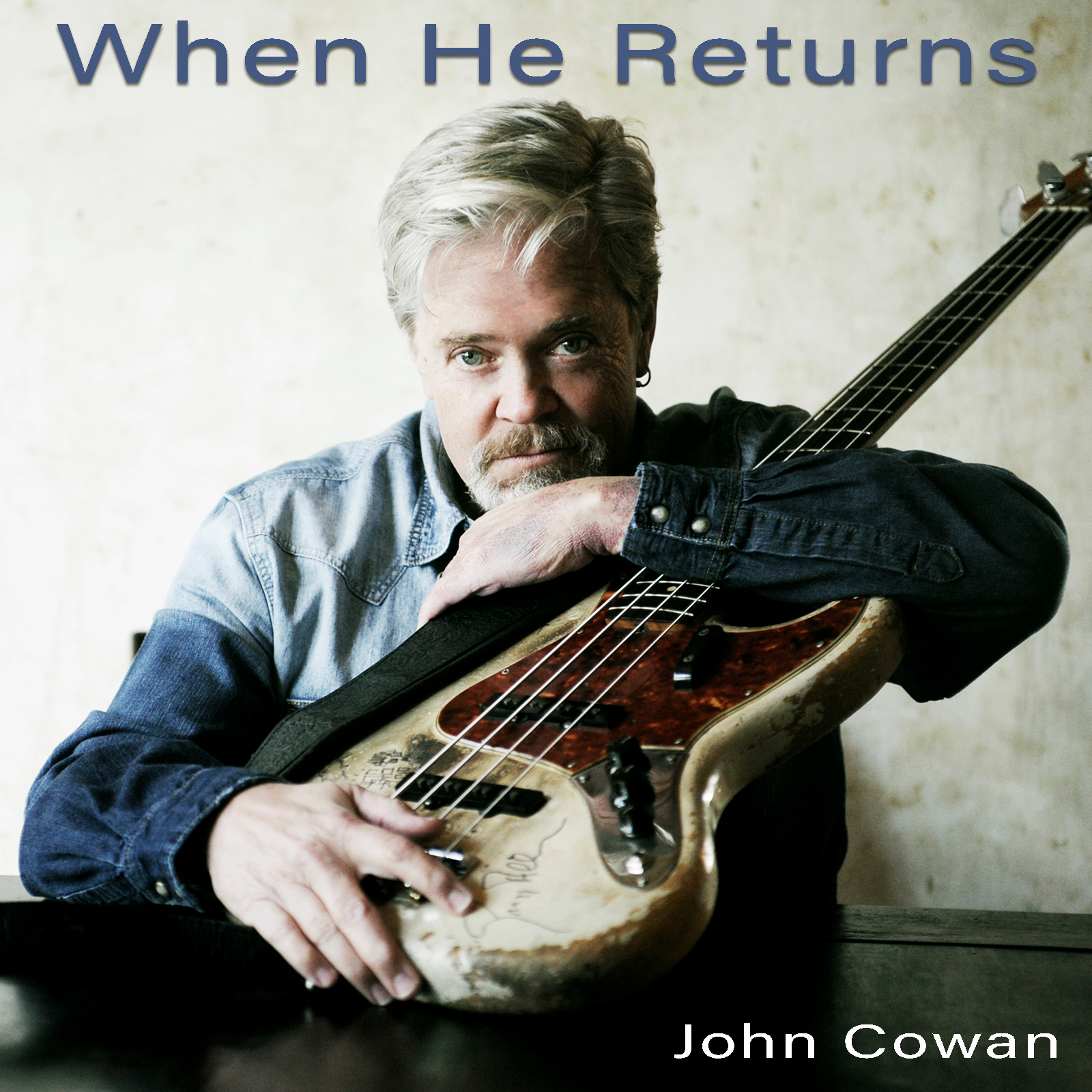 Critically acclaimed vocalist John Cowan has announced the release of his emotional rendition of Bob Dylan’s “When He Returns.” The track, which features Reese Wynans, was produced by John Carter Cash. Proceeds from the sale of the song will benefit Nashville-based Thistle Farms, a nonprofit social enterprise dedicated to helping women survivors recover and heal from prostitution, trafficking, and addiction by providing a safe place to live, a meaningful job, and a lifelong sisterhood of support. Cowan will perform “When He Returns” live on Easter Sunday during the 9:30 a.m. streaming service of St. Augustine’s Chapel. Listeners can also tune in for Jeannie Seely’s interview with Cowan and the premiere of the recording during Sundays With Seely on SiriusXM Willies Roadhouse channel 59 from 11a – 3p cst. “When He Returns” is available on all digital music platforms on Friday, April 2 here.

“I have been a fan of John Cowan’s angel voice since New Grass Revival days. Over the years I have become a fan of John Cowan the person,” stated Reverend Becca Stevens, founder of Thistle Farms. “He is a man whose heart beats for justice for all people who have known oppression.  If your heart ever feels weary, play this song. It will get you up and make your heart ready to meet the world.”

“The first time I heard this song (from Bob Dylan’s Slow Train Coming album), I was stunned by the beauty and power of both the sound and the message. As a person of faith, I have found these words consistently meaningful from that day to this,” shared John Cowan. “While my personal understanding of grace has grown as my own life has unfolded, singing this song always leads and connects me to the source of my belief – God.”

Cowan became aware of Thistle Farms some 20 years ago and has been a longtime admirer of Rev. Becca Stevens’s work and attended church at St. Augustine’s Chapel. The work of Thistle Farms has now been acknowledged all over the world.

Cowan is himself a person in recovery from drug and alcohol addiction, as well as a survivor of childhood sexual abuse. He believes one of the most important actions of his recovery is to “give back what we have been freely given.”

“Giving back guides our lives, teaches us empathy, and helps us to never forget where we come from,” Cowan said. “That’s why I have chosen to donate 100% of the proceeds from sales of this single to Thistle Farms.”