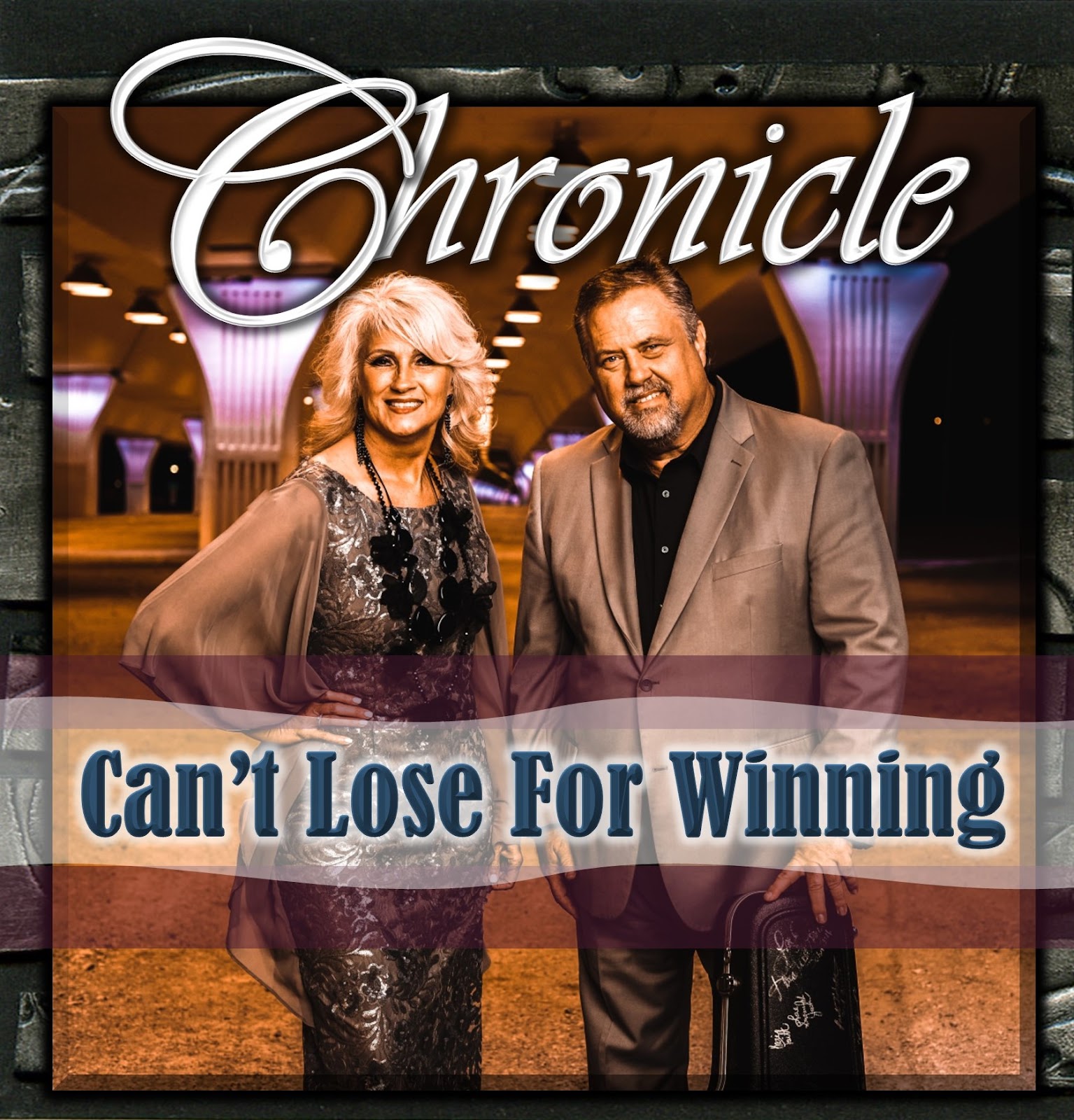 Chronicle, the well loved husband and wife team of Tim and Missy Kinchen, has announced the upcoming April 8th release of their newest CD, Can’t Lose For Winning.

This impeccably crafted project was produced by Les Butler, one of Nashville’s most sought-after and experienced talents. Can’t Lose For Winning beautifully displays his consummate skill in every aspect of the process.  Add to that the soulful vocals of Tim, Missy’s clear and lilting voice, and the stellar instrumental talent of Tim and it’s no surprise that this album is destined for greatness.

Each song tells its own unique story and the title cut, written by Dave Williford, is certain to be an anthem in response to these uncertain times. The entire project is held together by the strong theme of God’s overpowering strength, protection and love.

While we have come to expect the best of this talented and anointed twosome, Chronicle has certainly surpassed anything we’ve seen to date.  Tim gives credit to the host of talented writers which includes some of the finest in Southern Gospel today including Kristi Fitzwater, Kenna West, Dottie Rambo and Gerald Crabb among many others.

Of the project Tim said “One of the things I most enjoyed about working with Les is the wealth of material he offered to us. He gave us access to some incredible songwriters and musicians. We were so blessed.”

Les added his own endorsement, saying, “I was honored to produce Chronicle’s brand new album, which is fantastic by the way!”

It’s no wonder Chronicle was the recipient of the SGN Scoops 2019 Sunrise Duo of the Year award, Christian Voice Magazine 2020 Duo of the Year, and have been named as one of the top ten nominees in the 2021 Singing News Fan Awards for Favorite Duet. If this is a preview of what they have coming, it’s going to be an eventful and productive 2021 for this amazing group.

To get a sampling of the CD, a preview video can be viewed here:  https://www.youtube.com/watch?v=hBdDZTUghRk

To purchase Chronicle’s music click any of these icons or go to : https://www.chroniclegospelgroup.com/ministry-music-store