The song was written in response to Sparkman’s personal experience as he and wife Stacey process their own fear and loss after the deadly tornado that swept through Middle Tennessee and outlying communities in the early hours of March 2. 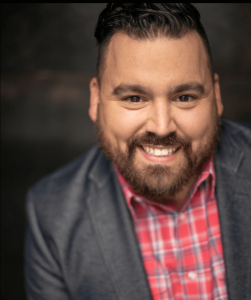 While Music City USA was waking up and assessing the damage done by the category EF3 tornado, Sparkman did what he does best. He began putting his thoughts to music in an effort to lift spirits and sound a rallying cry to unite the torn and battered city.

Sparkman says, “In the tragedy, I felt impressed to write this song as a beacon of hope.” The haunting lyrics paint a poignant picture of what many Tennesseans must have felt in the midst of the storm.

The chorus mirrors the attitude that Nashville is displaying to the nation: “We will rebuild like so many times before. We will rebuild, because that is who we are.”

The project was funded by Gospel Music Hall of Fame member and New Legacy Project group owner Rick Price. It was recorded with the help of many talented and well-known Nashville musicians, including Bobby Blazier, Chris William Rodriguez, De Marco Johnson, and Joseph Spence, to name a few.

With a goal that reaches beyond extending hope through the music, a fundraiser has been established to help with relief efforts, with donations going to the nonprofit Hands On Nashville. Hippie Radio 94.5, one of Nashville’s largest stations, has placed “We Will Rebuild” in their rotation to assist in bringing awareness to the song and to the fundraising efforts.

WATCH “We Will Rebuild”: