“Living my entire life in the state that I love calling home, I feel so appreciative and blessed that our family was honored by our recent induction into the North Carolina Music Hall of Fame,” said Connie Hopper.

During the event, The Hoppers also performed for the capacity crowd, giving the audience just a little glimpse into this family’s iconic career. 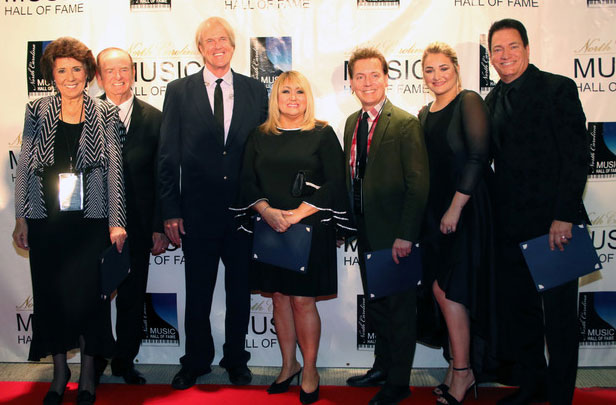 Hailing from Madison, North Carolina, GMA Gospel Music Hall of Fame members The Hoppers – known as America’s Favorite Family of Gospel Music – have been singing to global audiences for over 60 years with appearances ranging from presidential religious inaugural ceremonies and New York’s Carnegie Hall to singing conventions and church platforms. They have performed throughout the United States as well as in Israel, Europe, and Africa. Their unique blend of harmonies and song choices have created a legacy of musical excellence embraced by leading pastors and event organizers. The family is favorites on the Gaither Homecoming videos and tours, and their recordings frequently land near the top of the BILLBOARD sales charts and multiple radio charts. They are one of the most highly celebrated artists in music with over 50 awards, eight number one songs along with multiple top 5 songs. Additionally, Claude Hopper is a member of the SGMA Hall of Fame and group members Claude, Connie, Kim, and Dean hold honorary Doctorate Degrees from Oakland City University.