The release debuted at No. 1 the week of release on the Nielsen SoundScan Southern Gospel chart. Lauded by press and fans alike, Clear Skies, has found a home in the heart of listeners across the country, with the latest single – the title track “Clear Skies” – already making an imprint on radio charts. 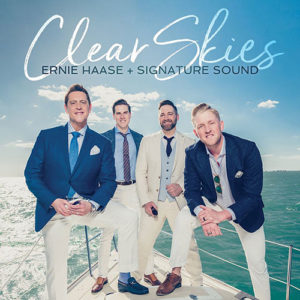 Clear Skies is available now – in stores and via digital outlets.

The new release is especially meaningful right now, as just a few weeks ago, Tara Younce – sister of Ernie’s wife, Lisa – passed away from cancer. In the midst of preparing for one of the beloved group’s most hopeful releases, Ernie and his family were dealing with a very private pain. As they were starting to promote the new release, Ernie took time off to reflect and grieve with his family.

In his first interview since Tara’s passing, Ernie Haase recently opened up to Faithwire’s Billy Hallowell in an exclusive interview. Click here to read the article.