One of the finest voices in gospel music fell silent today. On September 7th, 2018, Edward Lamar “Bill” Shaw, a native of Anderson, South Carolina, added his voice to the Heavenly choir. 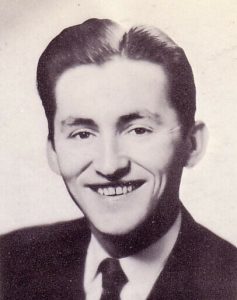 Bill Shaw spent many years singing gospel music. He began his professional career with the All American Quartet from Decatur, Illinois. He had previously studied voice at Anderson College with John Townsend, a well known voice teacher in Anderson and sang with the Hi-Neighbor Quartet. 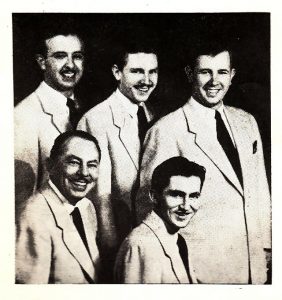 d Bill’s fine tenor voice, “The Man Upstairs”. Less than two weeks later, tragedy struck the goup and two of their members, R.W. Blackwood and Bill Lyles, were killed in a plane crash.

James Blackwood, Bill Shaw, and pianist Jack Marshall soon reformed the group with new members J.D. Sumner and Cecil Blackwood. This version of the quartet meshed their sound with the new members, and soon the Blackwoods were again on the top of the gospel singing world. Many of their greatest hits in that era featured the voice of Bill Shaw. Songs such as “He’s All That I Need”, “Devil Can’t Harm a Praying Man”, and “I Can’t Stand Up Alone” became big hits for the Blackwood Brothers, due in no small part to the fact that they featured the excellent tenor voice of Bill Shaw.

As time passed along, so did the sound of the Blackwood Brothers, but Bill Shaw’s voi 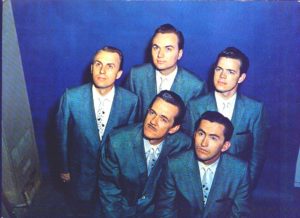 ce remained consistent in their sound. Bill began to write several songs that became hits for the quartet. One of their most popular songs during this time was the Shaw composition, “I’m Thankful”. This was a slow, moving song that featured Bill’s great words as he sang “all my needs you’ll supply, oh it makes me want to cry, just want to tell you I’m thankful, that’s all.”

Bill’s highly trained voice was a central part of the Blackwood sound as they moved into the 1960s. The quartet’s sound shifted from a “singing convention” sound more toward a more “worship oriented” sound. During this er 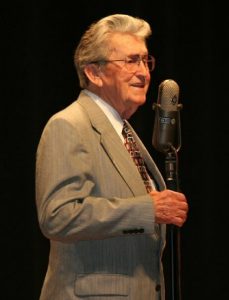 a, Bill’s arrangement of “The Holy City” has never been matched, and became one of his most identifiable numbers.

In the early 1970s, Bill left the Blackwood Brothers. He spent a few months with the Senators Quartet before retiring from full time ministry.

Bill continued to sing for special events, and did a lot of singing in the Anderson S.C. area. His vocal training kept his ability to sing well even through his advanced age.

Bill Shaw was a legend in every sense of the word. He will be missed.

A Memorial Service in his honor has been scheduled for Sunday, September 16, 2018, at  3:00 p.m., at Forest Hill Baptist Church, located at 909 Plantation Road in Anderson South Carolina.